Minal Ahmad Biography And Net Worth In 2022

Who Is Minal Ahmad?

Minal Ahmad is an upcoming Kannywood actress who is taking over the industry with her amazing acting skills and creativity in movies.
She is best known for her role as Nana in Izzar So, a YouTube series created and directed by Kannywood veteran actor Ahmad Lawan. 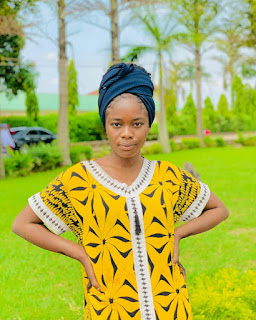 Amina Ahmad Jubril, also known as Nana Izzar So, was born on April 9, 1997. She is a seasoned Nigerian-Hausa Kannywood performer.
The young Kannywood actress grew up in Kano, where she was born and raised.
Minal was fortunate enough to complete her primary and secondary education in Kano. After finishing her education, she developed a passion for acting, which her parents discouraged her from doing at first.
Minal revealed in an interview that Rahama Sadau’s acting skills and talents inspired her to pursue a career in acting.
Minal Ahmad was later permitted to join the Kannywood industry by her parents after numerous battles with them.
Minal joined the acting industry in 2016, following her excellent roles in “Izzar So.” Minal has so far, appeared in over 20 Hausa-speaking films since she joined the industry.

Speaking of her acting abilities in all roles, Minal is a very talented young lady on the screen. She can play any role in a movie, which prompted many Kannywood producers to cast her in their productions.

Minal’s outstanding acting roles have earned her numerous awards and recognition in industry. However, the actress one of the most beautiful actresses in the industry.

Her biological name is Amina Jubril Ahmad but famously known as “Minal Ahmad” or “Nana, Izzar So”.

Minal Ahmad phone number is currently not available as of now.

Minal Ahmad is one of those upcoming Kannywood actress that has made name for herself in the industry, she is well known and talked about especially in the northern part of the country.
The Actress is also one of the most followed upcoming actresses on instagram due to her talent and hard working. You can get in touch with her on her main instagram page @minal__ahmad with almost 300k followers.