Maryam Yahaya Biography And Net Worth In 2022

Who Is Maryam Yahaya?

Maryam Yahaya is a well-known Nigerian actress from the Hausa film industry, also known as Kannywood. She is a talented actress with many skills.
Maryam Yahaya is not only an actress but also a professional singer, so she can play any role that is given to her. 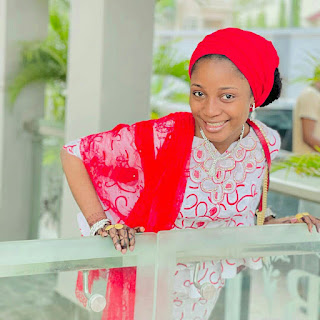 Maryam Yahaya was born on July 17th 1997, in Kano state, and raised alongside her wonderful parents.
Maryam Yahaya graduated from Yelwa Primary School with her First Living Certificate [Primary Certificate]. She then attended Bokab Barracks Secondary School and completed her SSCEs.
The actress began her acting career in her childhood because she has always wanted to be an actress.
Maryam became interested in acting after being inspired by many of the films she watched. She was also inspired by top actors such as Ali Nuhu, Adam A Zango, Nuhu Abdullahi, Jamila Nagudu, and Rahama Sadau, among others.
Maryam Yahaya debuted in the Hausa film industry in 2016 with “Gidan Abinci,” which was followed by “Tabo” and “Barauniya.”
Maryam Yahaya gained recognition after appearing in “Taraddadi,” a film directed by Elnass Ajenda, for which she was also nominated.
She rose to prominence after taking on a leading role in “Mansoor” that was originally intended for her colleague Bilkisu Shema. This film went viral and quickly became one of the most watched Hausa films in the north side.
Her role in this film was enjoyable, and she performed admirably; Maryam is a talented actress with many skills who can play any role.
She is also one of the lovely Kannywood actresses who have made a name for themselves in the industry.

Maryam Yahaya has appeared in so many Hausa movies since her journey into the movie industry, some of her movies are;

Her full name is Maryam Yahaya

The beautiful actress has so far made name for herself in the entertainment industry, she is one of the most popular and well know actress in the northern part of the country.
However, the Actress has went further to capture the hearts of many with her mode of dressing, acting and modelling skills. It also earned her a huge fan base with almost 2 Million followers on her verified instagram page @real_maryamyahaya.

Her phone number is not yet Known

As a prominent Nigerian Actress, Maryam Yahaya net worth was estimated to be around $300,000 as of 2022. She earned her income from acting, singing, and modelling.
Check Out: Ummi Rahab Biography, Real Name, Age, Wedding, Husband, And Net Worth

Who Is Maryam Yahaya Father?

Her father is Malan Ibrahim Bello

Who Is Maryam Yahaya Mother?

Her mother is Rukayya Bello

How Old Is Maryam Yahaya?

Yes, she was once married but she is now single

What Is Maryam Yahaya Net Worth?

What Is Maryam Yahaya Phone Number?

Her phone number is not yet available