Many talented Kannywood actresses are loved and cherished by Kannywood fans, and today we bring to you one of those actresses by the name of Fatima Abdullahi Washa, also known Fati Washa.

Who Is Fati Washa?

Fati Washa is one of the best Kannywood actresses after Momee Gombe, who is loved and cherished by her fans due to her outstanding skills.

She is well known and talked about in the movie industry because she’s gifted, creative and talented, and she possesses a wide range of skills.

Fati Washa has inspired many people, especially the northern region with her acting skills. The actress has also won several awards in the course of her career. 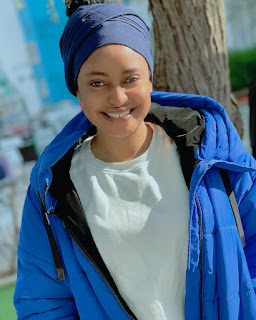 Fati Washa, whose full name is Fatima Abdullahi Washa, is a famous Kannywood actress.
She was born on February 21st in the year 1993, in Bauchi State, and she is 29 years old as of 2022.
The beautiful actress completed her primary and secondary school education in Bauchi State before enrolling at the Federal College of Education Kano.
Fati Washa began her acting career in 2014 after completing her studies. Her first movie debut was Raliya, in which she co-starred with Ali Nuhu and Rahama Sadau.
Fati Washa has appeared in over 40 Hausa-language films since joining the industry in 2014. She has also received various industry awards and recognition.

Her real name is Fatima Abdullahi Washa but famously known as Tara Washa or Washa.

Fati Washa phone number is not yet available

She is from Bauchi State and also an origin of Bauchi

As a talented and skillful actress, Fati Washa has managed to build a huge fan base for herself on Instagram with almost 2 Million followers on her official page @washafati