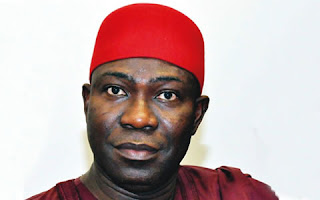 There are significant indications that Senator Ike Ekweremadu, the former Deputy Senate President of Nigeria, has decided to join the current All Progressive Congress APC.

According to reports, talks between the congressman and the party’s national leadership had progressed to an advanced stage in Abuja.

Ekweremadu met with Senator Abdullahi Adamu, the National Chairman of the APC, yesterday.

The closed-door meeting, according to reports, lasted three hours at the party’s secretariat in Abuja, with sources close to the party Secretariat

Revealing that, despite Ekweremadu’s request for the party’s governorship ticket in Enugu state, he was told that the party had already chosen a candidate.