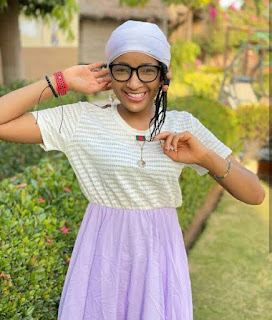 The Nigerian Kannywood Industry is gradually becoming one of Nigeria’s most popular Hausa Film Industries.

Kannywood is a hausa-based film industry with headquarters in Kano State that produces hausa-language films.

The industry is blessed with beautiful young actresses who are making a name for themselves. 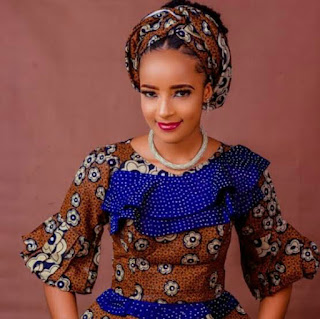 Pretty Aknan whose name is Aknan Bamenda, is a Nigerian Kannywood actress best known for her role in the film “Farin Wata Sha Kalo.”

Pretty Aknan was born in Cameroon, a neighboring country to Nigeria, in 1998. Aknan completed her primary and secondary education in Cameroon before moving on to the tertiary level.

Aknan Bamenda’s dream of becoming an actress began at a young age, when she was a fan of watching Kannywood movies, which gives her interest in the industry.

Aknan returned to Nigeria after finishing her education and embarked on her journey to join the industry.

She began as a dancer, but after meeting Adam A Zango, a well-known Kannywood actor, producer, and director, Aknan was able to break into the Kannywood film industry with the help of Adam Zango, who signed her to the White House Family Film Crew.

Farin Wata Sha Kalo was her first movie debut as an actress, it was written and directed by her boss Zango. Aknan’s acting skills and performance in the film remarks her as one of Nigeria’s most popular actress.

She is very creative, talented, and stunning. Talking about beauty, Pretty Aknan is one of the Kannywood actresses to keep an eye on in 2021 because she is gorgeous.

Pretty Aknan has appeared in more than 15 Kannywood films, alongside Ummi Rahab, Zango, Yusuf Guyson, and others.

The pretty actress was born in to a responsible Muslim family, she is proudly a Muslim.

Aknan Bamenda net worth in 2022 was estimated to be $85,000. She earn income from acting, singing, dancing and modeling.
Check Out: Fati Washa Biography And Net Worth 2022